The Story of Connected Life
through Rock, Earth and Community. 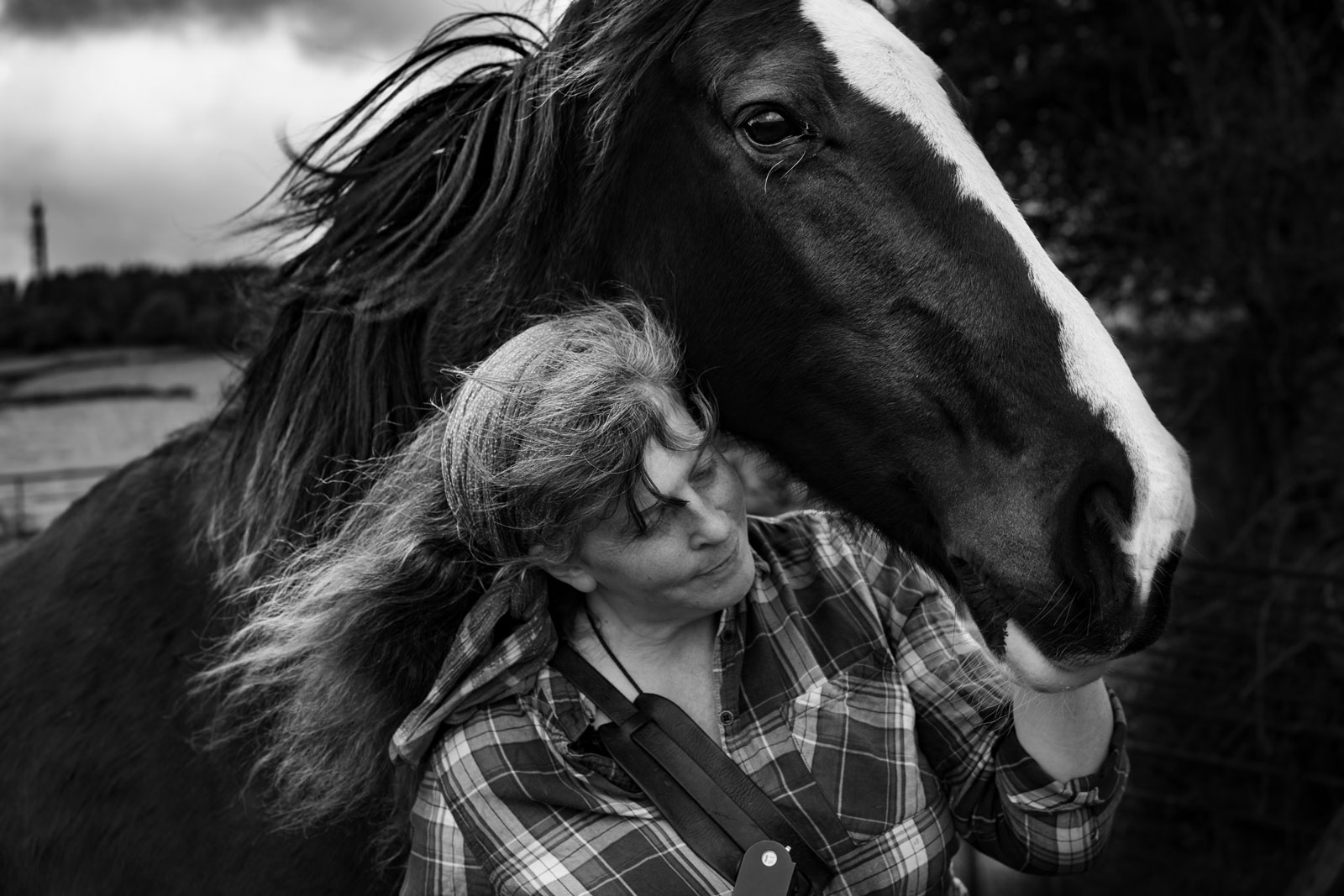 Kate Bellis was born in 1969 and spent her childhood on a small farm in Devon. At the age of 17 she decided to leave this isolated rural environment and study photography at Nottingham Trent University, from where she graduated in 1991 with a BA(Hons) degree.

In 1992 she was an award winner at the Observer Young Photojournalist of the Year Competition. This gave her the chance to travel across China and into Tibet. The article that came from this work was published in the Independent on Sunday magazine. For several years, before becoming a mum, Kate travelled widely with her Leica camera, from Ireland to India, Uganda to Kurdistan. These articles and commissions often dealt with people and cultures that were in some way under threat, and with the strong relationship to the land around them.

Kate settled in Derbyshire towards the end of the 1990s and began a series of photo essays with the Derbyshire hill farming community. Following this, ‘Gathering’ was commissioned by VARC (visual Arts in rural communities). A project working alongside the Northumberland Hill Farming families with acclaimed Sculptor Sally Matthews. The exhibitions that came from the Derbyshire work and ‘Gathering’ have toured widely, reaching both rural and urban audiences, nationally and abroad.

Kate has published three books, ‘On The Edge’ (2001) ‘Gathering’ (2005) and HILL (2018) Her images have been published in many national and international newspapers and magazines, including the Guardian, The Times, The Independent on Sunday and the American photo Review and Black and White Photography Magazine.

Kate lives with zoologist, Professor Karim Vahed , their young Son Gabriel, and a menagerie of furred and feathered beasts. Their home is a very old stone cottage at the bottom of a steep wooded track on the side of a hill near Wirksworth in the Derbyshire Peak District. 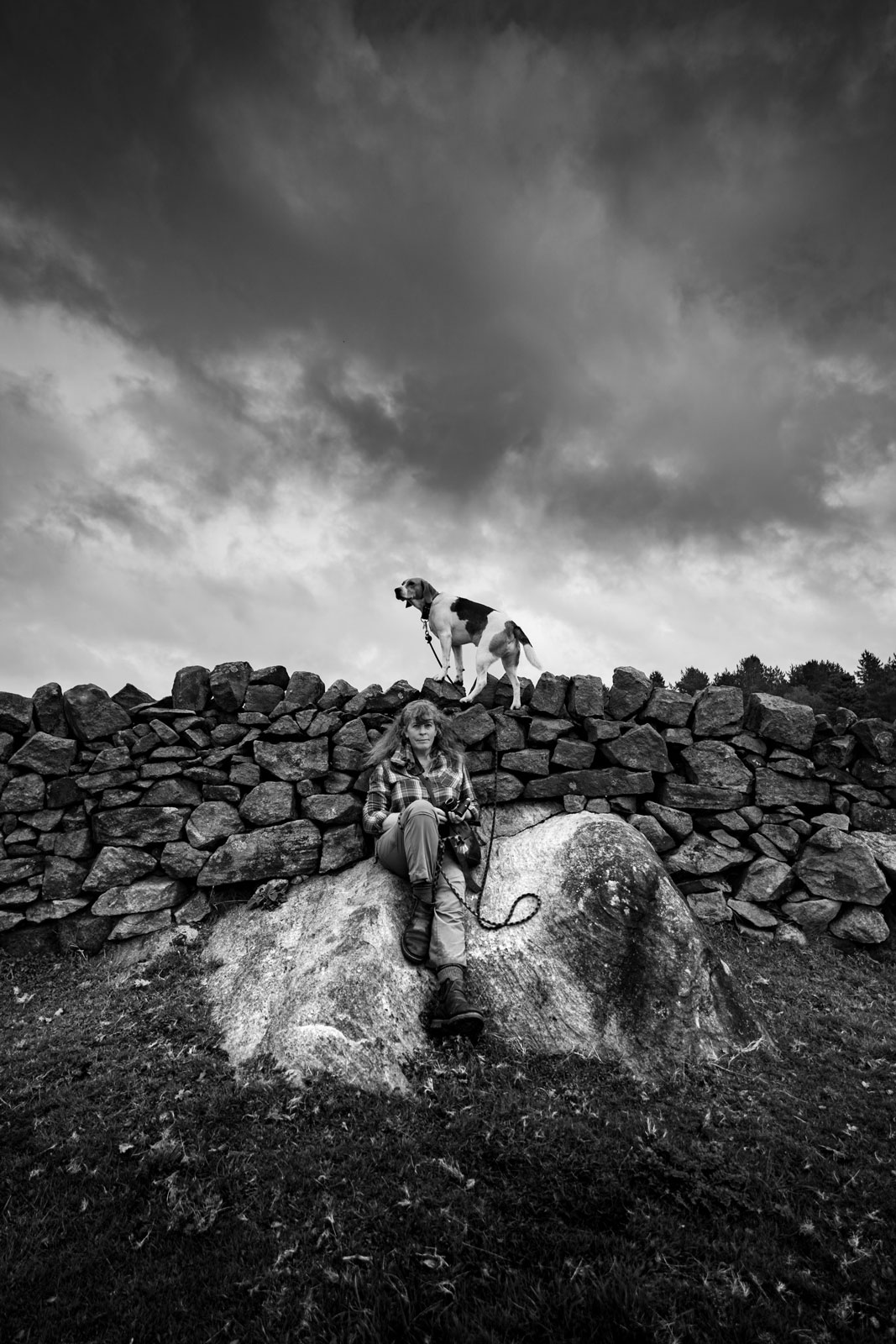 Kate on her Rock place by Chris Webb.

Surrounded by animals on the family farm and fascinated by her father’s veterinary and animal anatomy books, Sally Matthews grew up with a strong sense of the importance of the individual animal. Soon after graduation she made Boars for Grizedale Forest. Sally Matthews, amongst other work, has worked in Bialowieza, Poland, to celebrate the 75th anniversary of the reintroduction of European bison. Documented hill farming in Tarset , Northumberland and Derbyshire with photographer, Kate Bellis, created a Welsh mountain pony for the Welsh Assembly and Wolves at Arte Sella, Italy. More recently she has made a lynx for a rock outcrop in Norway and made ‘Twa Dogs’ for the Robert Burns Museum, Alloway. Both her drawing and sculpture are made in praise of animals. In as much as an artist can, the work of Sally Matthews allows the animals to speak for themselves.

‘Animals are our evolutionary companions, whether we like it or not, the key to our instinctive truth. The further we move away from them and the nature that sustains them, the more contrived we become.’ 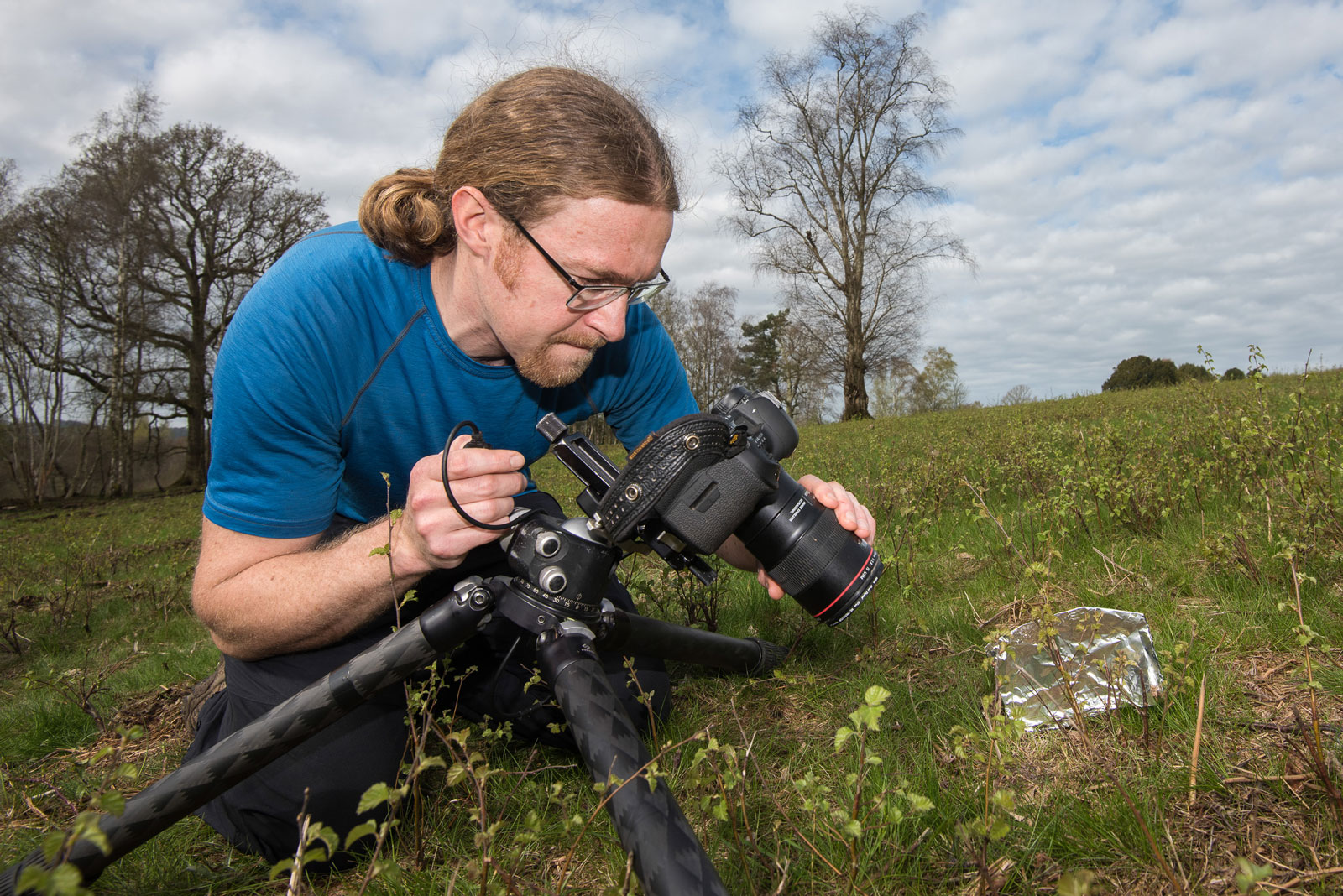 When composing a scene of an insect or spider through my macro lens, I am always struck with a sense of discovery, revealing tiny details of subjects that would be missed by the naked eye. Many of my pictures involve photographing moving subjects smaller than a grain of rice, requiring highly specialised equipment and a fair measure of patience. Nature provides me with an inexhaustible array of fascinating subjects and I am confident that I will never tire of photographing them.

My work is widely published in books, magazines and national newspapers. I have twice been a category winner in the British Wildlife Photography Awards, both with images of invertebrates close to home, one in my garden. I lead photography tours and workshops around the world and greatly enjoy sharing my techniques and passion for nature with others.

As a freelance photographer, I am lucky to work with a vibrant network of other professionals, all passionate about nature: authors, illustrators, poets, sculptors, picture researchers, magazine editors, web designers, ecologists, conservationists and of course other photographers, to name but a few. It is both a privilege and a great responsibility to work with these wonderful people to communicate to the world just how important nature is at a time when, as a species, we need to listen more than ever. Recent commissions include photography for the Back from the Brink project (naturebftb.co.uk), Greenpeace, Moors for the Future and the Peak District National Park Authority. 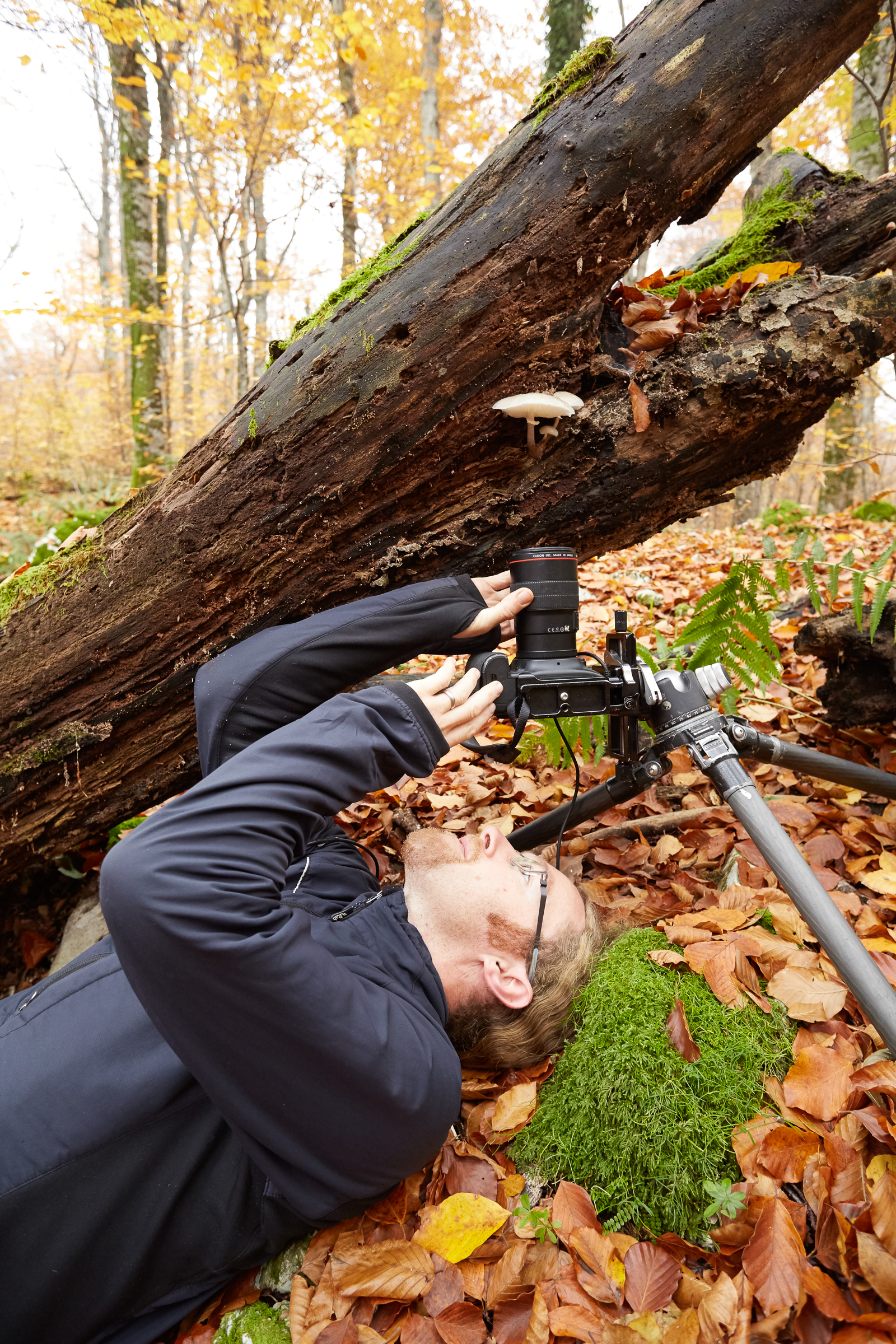